Daniel Island is a 4,000-acre island and a planned community, which is part of the city of Charleston, South Carolina. The master-planned community features parks, trails, recreational amenities like playgrounds, sports courts and fields, as well as picnic areas, green spaces and so much more. The island has nine neighborhoods and a variety of housing styles. Homes range from luxury waterfront homes and golf course homes, more modest single-family homes, condominiums, villas and apartments. The community also features restaurants, schools, churches, businesses, offices and unique sites and shops. Two of the island/community’s best features are the Family Circle Tennis Center and the MUSC Health Stadium. the community is home to the headquarters of two large companies, Blackbaud and Benifitfocus. In 2007, the community was recognized with an “Award of Excellence” by the Urban Land Institute. The community has a vacancy rate of about 13%, meaning there is a variety of housing available for potential buyers. Over 72% of adults on the island have four-year degrees or more, more than three times the national education for U.S. communities. Common ancestries include English, Irish, German, Italian and Scottish. English is the primary language in the community.

Up until the 1990s, the island was largely undeveloped and was primarily used for farming, cattle ranching and as a private hunting. By 2016 population was 13,000 and the median home price was $650,575. Today, it is a thriving community where the majority of the workforce/adult residents are wealthy white-collar workers and executives. Uniquely, about 17% of the local workforce works from home. This unique trend is due to much of the workforce telecommuting, pursuing freelance work or operating home-based businesses. However, Daniel Island is still among the top 15% of U.S. neighborhoods in terms of income and is, therefore, a wealthy community over all. The current approximate median real estate price is $811,096 and the approximate average rental price is $1,882.

Public education for students on Daniel Island is provided by schools of the Berkeley County School District. There are three schools on the island, DI Academy for student’s pre-K through kindergarten students, Daniel Island School for grades K-8 and Bishop England High School for 9-12th grade students. Bishop England High School is a private Roman Catholic High School. The island has eight main parks, which means nearly every neighborhood has a park of its own. The island community is considered a suburban neighborhood in terms of population vs. size. This urban oasis has swimming pools, golf courses, a soccer arena and a world class tennis facility, the Family Circle Tennis Center. Housing primarily consists of medium and small sized traditional single-family homes, as well as high-rise and complex apartments. The majority of homes in the neighborhood have been built since 2000. The next largest group of homes according to their age is those built between 1970 and 1999. The homes for sale on Daniel Island come in a variety of sizes and styles, as do the apartments and other housing.

A Few Listings in

Select any item for more... 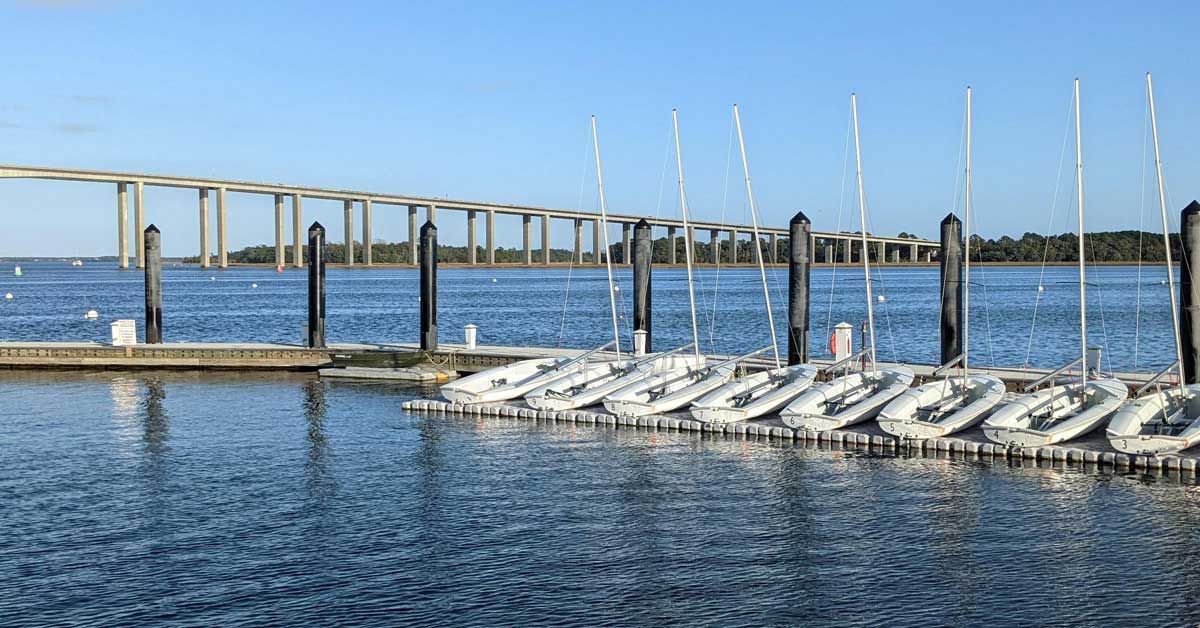 If you love the outdoors, Daniel Island might be the perfect fit

Your exclusive buyer’s agent will be able to show you around Daniel Island and point out all the features that make this a wonderful place to live.

Select any item to view on Yelp

The Winchester Spa and Salon

In The Dog House

Who Walks Your Dog